Will Your Skin React to CBD Oil? The Answer Is…Maybe 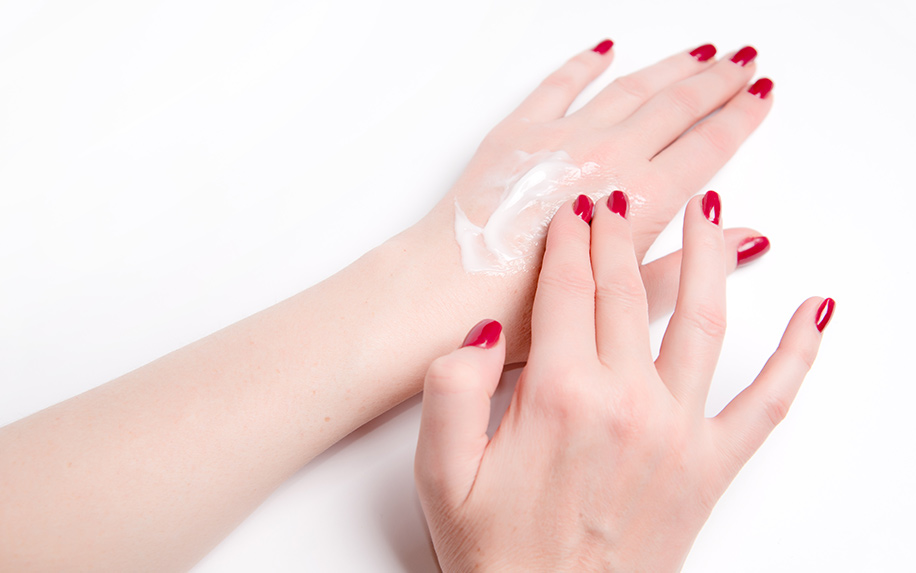 When cannabidiol (CBD) oil first hit the American market, it was considered a medicinal product — not a skin care one. Just a few years later though, it’s become one of the most sought-after ingredients in the beauty world, and some of the biggest brands in the world (such as Sephora and Estée Lauder) are adding it to their products. While many beauty lovers have embraced the trend, it’s also raised concerns for people with sensitive skin who are concerned about potential negative reactions to the unfamiliar ingredient.

Though many skin care products are advertised as being safe for those with delicate skin, the loose regulations around cosmetics leave many loopholes for disingenuous brands. “Statements like ‘sensitive skin safe’ or ‘organic’ also aren’t regulated,” as the study’s co-author, Dr. Steve Xu told Eczema Blues. “These are just marketing claims.”

So where does this leave men and women who want to see for themselves if the claims made about CBD’s ability to improve their skin are true?

For Most People, CBD Oil Is Generally Safe

According to a 2019 report from the World Health Organization (WHO), CBD does “not have significant ill-effects,” which was one of the reasons the agency recommended it be removed from the international list of banned substances. Although the report did not refer specifically to topical CBD products, a number of studies have shown that they’re well tolerated even by people with severe skin conditions.

For example, a 2006 study by German researchers found that people with pruritus (a condition characterized by itchy skin) responded well to topical cannabinoid treatments, with study participants reporting an average “itchiness reduction” of over 86 percent. None of the participants reported any negative reactions. Another study by a team of scientists from universities across Europe in 2014 found that CBD was a “promising, cost-effective and, likely, well-tolerated new strategy for treating … the most common human skin disease,” and recommended the “full clinical exploration” of the therapeutic potential of CBD topicals.

One of the reasons for CBD’s lack of side effects is its similarity to chemicals produced naturally in the human body. These chemicals, called endocannabinoids, are produced by the endocannabinoid system (ECS), a network of receptors that controls many important functions, including inflammatory responses and skin health. Since CBD and other cannabinoids from the cannabis plant mimic these chemicals, they don’t provoke harsh reactions like many conventional medications.

By working with the immune system rather than against it, researchers believe CBD could be used to treat fungal infections, atopic dermatitis, and other common skin conditions without any significant short- or long-term repercussions.

Watch Out for These Adverse CBD Reactions, Though

However, just because CBD itself is well-tolerated doesn’t mean that the other substances in products that contain it are equally harmless. The vast majority of CBD skin care products on the market contain a multitude of ingredients, and some of them are problematic for a number of reasons.

CBD products are still largely unregulated, and as a result some may contain industrial solvents or other chemicals that can be problematic for people of all skin types. In other cases, people with sensitivity to certain terpenes (compounds that are present in products made with full spectrum CBD oil) have experienced allergic reactions after using topical CBD products, resulting in symptoms like red, itchy rashes.

Even the slightest sign of redness or a mild skin rash could be a sign of irritation. While it might not be a problem in itself, it significantly increases the skin’s sensitivity to foreign substances. This means that if you use a CBD skin care product and experience some mild irritation, you should be extra careful with what you use on your skin in the following 3-5 days.

For a soothing home remedy to help speed the healing process up, you can apply some aloe vera gel to the affected area a few times a day.

“Dry skin is caused by an impaired skin barrier,” as dermatologist Dr. Shari Marchbein told NBC. CBD skin care products that contain harsh ingredients can weaken the skin’s protective barrier and make it vulnerable to bacterial infections. To prevent this, Marchbein recommended using rich creams to pump moisture back into dry skin, rather than lighter lotions or serums.

If you have some coconut oil available at home, this can help to combat dryness just as effectively as some of the most popular commercial creams. Simply scrape a pea-sized amount out of the jar with your finger and work it into the affected area a few times a day.

Some people with severe reactions to CBD skin care products experience peeling, in which the outer layers of the skin die and begin to shed, much like a sunburn.

If this happens to you, don’t scrub your skin. There is always a temptation to scrub peeling skin off (to reduce the condition’s visibility, if nothing else) but it doesn’t work. If anything, it could slow down the healing process, so it’s important to resist. Instead, inject as much moisture into your skin as possible. Use rich, moisturizing products in your morning and night time skin care routine, and drink plenty of water. You can even take this one step further by using some hydrating sheet masks.