Why CBD Balm May Be a Summer Skin Essential 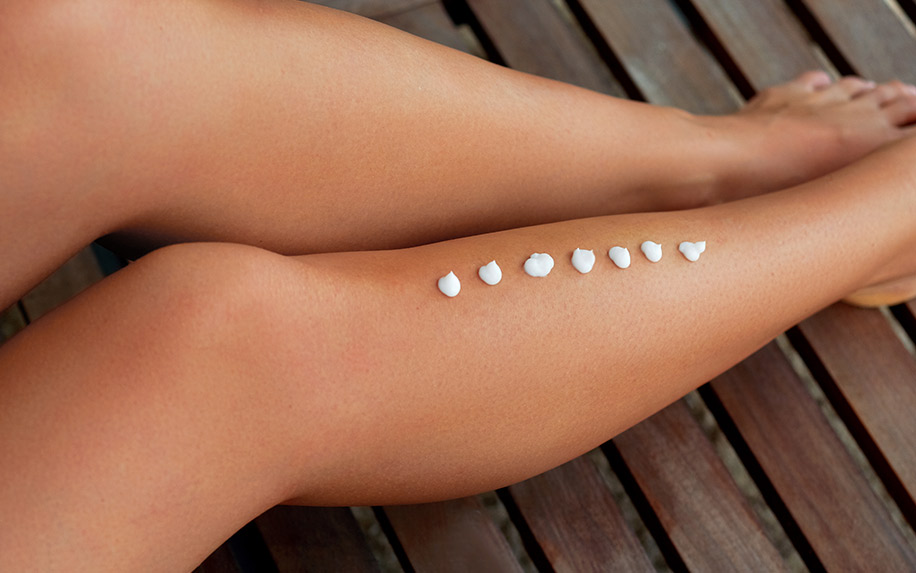 It’s that time of year again. Your flights are booked, your hotel is reserved, and vacation season is so close you can almost feel the sand between your toes. Time to start stocking up on everything you’ll need to get you through the summer — including CBD oil balm.

If you’re not quite sure what that means, you’re not alone. There are a staggering number of topical CBD products on the market now — creams, salves, lotions, serums, soaks, salts, cleanses, masks, and now balms as well — and many seem so similar that it’s hard to distinguish one name from the other. More importantly, it’s hard to know what a specific product is supposed to do.

With that in mind, here’s a quick definition of CBD oil balms. They can be applied anywhere on the skin, though you should be careful about applying too much to your face, as this can clog the pores. They’re thicker than your typical cream or lotion and have something of a waxy texture. Like a stick of regular lip balm, they harden and soften according to the temperature, and they melt when applied to the skin. They’re one of the more luxurious skin care formulas to use, and now that they contain CBD oil, they could be the perfect addition to your summer skin care routine.

For people who love to spend the summer outside, it’s important to protect — and repair — the skin after exposing it to the elements. Here are four reasons CBD oil balm could be the perfect tool for the job.

A long day under the hot sun can dry out the skin in more ways than one. Not only does sweating result in a loss of fluids, but the sodium contained in sweat can dehydrate it even more. This is why so many of us experience patches of flaking skin after spending a little too much time catching rays. If you’ve spent the day in saltwater, the effects can be even more intense.

A CBD oil balm can restore the moisture that’s been lost by infusing the skin with polyunsaturated fatty acids, including omega-3 and omega-6 essential oils that play an important role in keeping the skin soft and supple. These balms are also great moisturizers because most of them contain coconut oil, which is one of the most hydrating (and healthy) fats on the planet.

Applying a generous layer of CBD oil balm after you’ve showered will revitalize your skin and prevent the itchiness, flaking, and peeling that can put a damper on summertime fun.

It Could Reduce Sunburn

When their skin is feeling red-hot, many people reach for a tub of aloe vera, which has long been used to provide cooling relief for sunburns. However, CBD oil (or a balm containing it) could be just as useful, thanks to its anti-inflammatory properties.

“The mechanism of a sunburn is a release of inflammatory cells to kind of repair the skin,” as Joyce Fox, a clinical dermatology professor at UCLA and dermatologist at Cedars Sinai Hospital in California, told VICE. According to Fox, although there isn’t any scientific evidence that CBD oil is an effective treatment for sunburn, it’s reasonable to assume it could be.

She points to the fact that, “[there] have been [CBD products] that are recommended — not specifically necessarily for sunburn — but just as an anti-inflammatory.” For example, CBD creams and other topicals are now being used to treat inflammatory conditions like arthritis, so there’s a strong argument to be made that they could be equally adept at managing milder issues like sunburn.

This point comes with a caveat: there’s little evidence that CBD topicals are effective at relieving pain, aside from an animal study published in the European Journal of Pain that examined their effects on rats with arthritis. This is largely because most topical formulations can’t penetrate deep enough to tackle the root cause of pain. However, if they can, then CBD has proven to be

A growing number of people have embraced cannabis and its derivatives like CBD oil as an alternative to prescription pain medications, and the results have been overwhelmingly positive. To illustrate, researchers at the University of Michigan conducted a study in which they surveyed over 400 adult cannabis users and asked them questions about their use of medications for joint pain, chronic pain, and other medical conditions. They found that 40 percent of the participants had stopped using pain medications entirely in favor of cannabis, and a further 38 percent had dramatically lowered the amount that they used, without any major side effects.

Of course, cannabis and CBD oil balm aren’t the same thing. But CBD is often given substantial credit for cannabis’ pain relieving ability, and with the right delivery mechanism, there’s reason to believe a CBD oil balm could provide relief for painfully sunburned skin.

It Fights the Effects of Sun Damage

Last but certainly not least is the ability of CBD and the products that contain it to minimize the long-term impact of sun damage on your skin. CBD is an antioxidant, which means it kills off free radicals and prevents the fine lines and wrinkles that they cause. Prolonged sun exposure is one of the main external sources of free radicals, so using a CBD oil balm is a great preventative measure to stop the signs of sun damage before they start.

In the past, vitamin C and E were touted as the most effective antioxidants, but recent studies suggest that CBD oil could surpass them both — the U.S. federal government even took out a patent on its antioxidant abilities. Used in conjunction with a high-SPF CBD sunscreen, a good CBD oil balm could take years off your complexion.

It’s also worth noting that the benefits of antioxidant-rich CBD oil balms and other products are more than skin deep. As Diane Elizabeth, founder of Skin Care Ox, told the Huffington Post, they can also help “slow or prevent DNA damage from the sun’s rays,” when used as part of a regular sun care routine.

What to Look For in a CBD Oil Balm

If you’re convinced that CBD oil balms are worth a try, you may be wondering how to choose the right one. Despite the huge array of choices and the confusing terminology, there are a few key characteristics that can help you tell if a given product is right for you.

First, look out for balms containing full spectrum CBD oil, and not the isolate or partial spectrum varieties. Full spectrum oils will contain the entire range of fatty acids, terpenes, and cannabinoids that are found in cannabis plants. Each compound has its own medicinal qualities and the combination of them all will deliver the most effective results.

Also, check for carriers like coconut oil or shea butter. These have their own long list of benefits for the skin, and since they’re high in healthy fats, they help your body absorb and process CBD oil better. Since CBD products aren’t approved by the Food and Drug Administration (FDA) they can’t officially be certified organic, but some third-party agencies do provide their own certifications.

Finally, steer clear of any mention of hemp oil or hemp seed oil. The amount of CBD in agricultural hemp plants is tiny compared with marijuana plants, so they’re the less sustainable of the two sources. And in any case, both of these oils are made from hemp seeds, which don’t have any CBD. Some brands try to blur the lines between these different products (you might also encounter “cannabis sativa seed oil,” which is the same thing as hemp seed oil), but don’t be fooled.