Cannabis Bug Sprays: Are They Worth a Try? 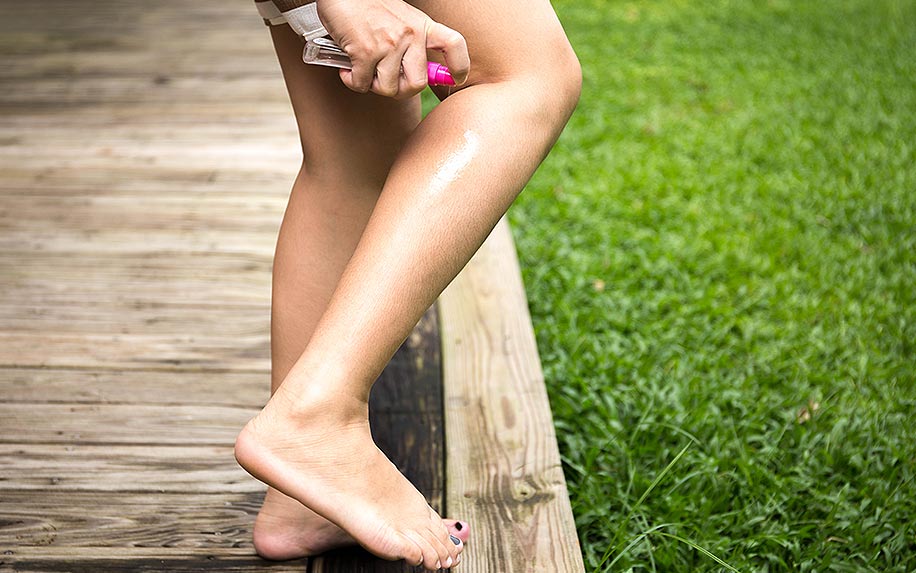 In recent years, scientists have discovered (or rediscovered, in many cases) a startling number of uses for the cannabis plant. By now, many of these are well established, such as reducing anxiety or relieving inflammation. Others are more surprising — like its ability to repel bugs.

While this might seem like an odd use for cannabis, there’s quite a bit of historical precedent. For more than a century, horticulturalists have made the connection between cannabis as a repellent and pesticide and healthier crops. As far back as 1885, researchers noticed that cotton which was grown close to cannabis was less likely to suffer from cotton worms. In 1932, another researcher noted that vegetable crops grown close to hemp plants didn’t attract cabbage caterpillars.

In a 1997 study, Dr. John M. McPartland of the University of Vermont reviewed all of the existing literature and found that, “Cannabis has been utilized as a pest repellent or pesticide, in a variety of formulations. These formulations include dried plant parts, plant extracts or pure cannabinoids, as well as use of the genus as a ‘companion plant.’”

In some cases, dried cannabis leaves had been mixed into the soil. In others, hemp straw was used in compost. But despite the fact the insect-repelling ability of cannabis plants (including both hemp and marijuana) is well documented, nobody has been able to figure out why it’s so effective.

According to McPartland, this is because the available research, while extensive, is vague in certain key areas. “Many reports describing the use of Cannabis extracts have omitted important information,” he wrote. “For instance, the plant part harvested, and when it was harvested (what stage of the life cycle)? How much plant material (by weight) was soaked in the solvent (by volume)? How long was the material extracted, and at what temperature?”

Although nobody is certain why cannabis is so distasteful to pesky insects, it does seem to work, and as a result many companies have begun adding derivatives of the plant to bug sprays and similar products.

The Pros and Cons of Cannabis Bug Sprays

The debate over cannabis bug sprays is a familiar one to anyone familiar with the natural wellness world: do limitations like price and convenience outweigh the potential benefits for both humans and the environment? With that in mind, here are the pros and cons of choosing one over a more conventional product.

The Pros of Cannabis Bug Sprays

Most cannabis-based bug sprays are aimed at those who put a premium on natural health and wellness products — as a result, they tend to contain all-natural ingredients instead of artificial chemicals. For example, products like Hemp 360 Natural Bug Repellent and Apothecana’s Bug & Bite Insect Spray contain nothing but essential oils (like lavender, lemongrass, and tea tree) blended with hemp seed oil, CBD oil, or both.

These types of ingredients give cannabis-based bug sprays several advantages over conventional varieties. For one, they tend to smell better — many reviews mention the lack of chemical odor. And while many typical bug sprays contain ingredients like DEET that are known for leaving thick, sticky residue on the skin (which raises a number of health concerns), cannabis-based varieties are lighter and less noticeable.

Also, many cannabis-based bug sprays are “2 in 1” products: not only do they repel insects, but they can also soothe existing bites due to the anti-inflammatory properties of ingredients like CBD.

The Cons of Cannabis Bug Sprays

Like many cannabis-infused products, enhanced bug sprays often cost much more than the alternatives. For example, Apothecana’s Bug & Bite Insect Spray retails at $26.00 for a two ounce bottle, while conventional sprays like OFF! Active can cost less than $5.00 for a six ounce bottle.

Another downside of cannabis bug sprays is their duration — most tend to provide around 2-3 hours of protection, while conventional sprays last for 5-6 hours. It’s debatable whether these numbers are accurate in real-world conditions, but as with many products, there does seem to be a clear trade-off for using natural ingredients.

Finally, there’s the issue of availability and choice. Walk into any Walgreens or CVS store, and you’re much more likely to find a DEET-based selection of bug sprays than ones containing cannabis or CBD (although this might be changing soon, as major retail chains announce their plans to carry more CBD-infused items). There may be more natural options than ever before, but Big Bug Spray still has a firm hold on the market.