Are THC Levels in Cannabis Makeup Enough to Make You High? 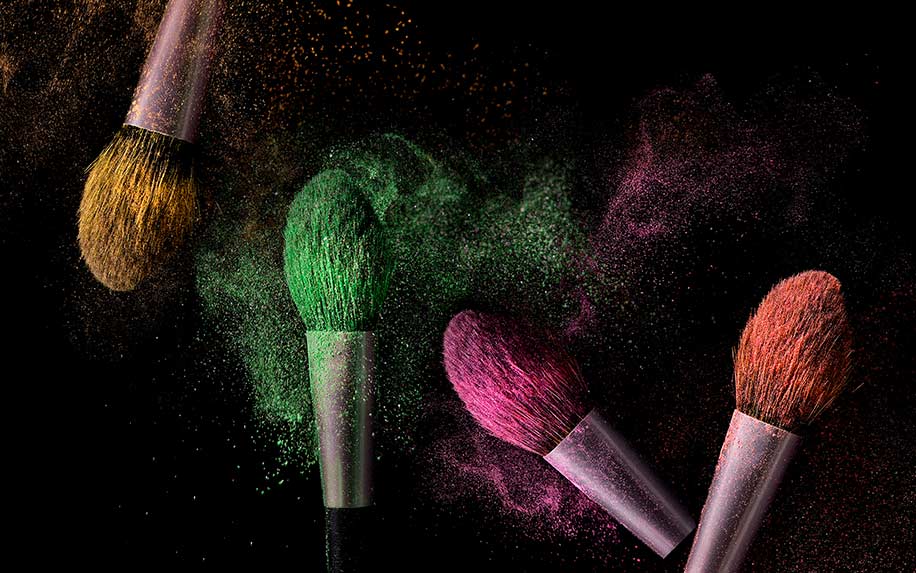 As cannabis makeup becomes more mainstream, the number of beauty lovers who are eager to give it a try continues to soar. But one thing is holding some of them back — the fear that using such products will cause unexpected psychoactive effects, or, put more simply, people are afraid cannabis makeup will get them high.

While the stereotypes of the “typical cannabis user” have changed significantly in recent years, there remains a lingering sense of wariness about the plant. In fairness, society has come a long way since the dark days of “Reefer Madness” — cannabis culture is very different from what it was even just ten years ago. With upscale cannabis restaurants and cannabis yoga retreats now part of the cultural landscape, cannabis use is more widespread and socially acceptable than most would have imagined back then.

Still, outside of these “safe spaces” of like-minded enthusiasts, many people are still hesitant to make products like cannabis makeup an integral part of their daily routine (see: the slow adoption of cannabis-scented perfumes). Quite simply, nobody wants to be high while they’re trying to navigate rush hour traffic or deliver a report to their boss. If a cannabis-infused lip balm or mascara could cloud your mind, it’s just not worth the risk, no matter how good it looks.

Here’s the good news: it won’t. Cannabis makeup does have a wide range of effects on your body, but none of them are psychoactive.

What Is Cannabis Makeup and Why Should You Use It?

Despite its newfound popularity, the term “cannabis makeup” is still a foreign concept to many people. In general, it refers to makeup products that have been infused with cannabis derivatives, such as CBD oils. These CBD-infused products have become particularly popular, as study after study shows the many benefits that the oil can have for the skin.

Buoyed by this trend, hemp makeup has also gained serious traction in the beauty industry. This has led to a great deal of confusion, since many of these products are infused with hemp seed oil — which doesn’t contain CBD, despite frequent claims to the contrary. That’s not to say that hemp is without its benefits, as the plant has been used medicinally for centuries. But some beauty and skincare brands have taken advantage of the public confusion between hemp seed oil and CBD oil by misleading customers into thinking that the two are the same.

Today, when most people think of cannabis makeup, they’re really thinking about CBD makeup, since these are the products A) most discussed in the media, and B) most likely to be prominently displayed at their local beauty store. They also come with a long list of potential benefits, including:

Sounds great, right? But what about the psychoactive effects? Here’s why you don’t need to worry about your cannabis makeup giving you the giggles or the munchies.

Why Cannabis Makeup Won’t Get You High

First of all, let’s make one thing clear — products made with hemp seed oil won’t contain even a drop of THC, as this compound isn’t found in the seeds of the hemp plant. Similarly, pure CBD makeup products won’t contain THC, as it will have been removed during the extraction process. So if you’re using a beauty product infused with hemp seed oil or pure CBD, there’s zero chance of coming into contact with even the tiniest trace of THC.

Other types of cannabis makeup aren’t likely to contain much more, since THC is still illegal and heavily restricted in many states (though this could be changing soon). In order to be sold nationwide — which is obviously desirable for economic reasons — these products are limited to a maximum THC content of 0.3 percent, which is far below the threshold needed to induce a high.

But what if you’re living in a state where THC is legally sold and thinking of buying a beauty product that you know is THC infused? The reality is that you simply won’t be applying enough of it at any one time to notice any psychoactive effects. Even if you positively pack your face with cannabis-infused foundation, it’s just not going to be enough.

As far as science is concerned, there’s a frustrating lack of specificity regarding how much THC you need to consume in order to feel high. In relation to edibles, researchers are unsure about how much THC is needed to induce psychoactive effects, or why the same dose in the same edible seems to affect different people to different degrees. In terms of makeup products, the situation isn’t much clearer.

One thing that is certain, though: even if your cannabis mascara does contain THC, you’d have to crack that baby open and drink the contents in order to have any chance of feeling anything — and even in that case, all you’d end up with is sticky teeth and regret.