How Hemp Could Save Honeybees 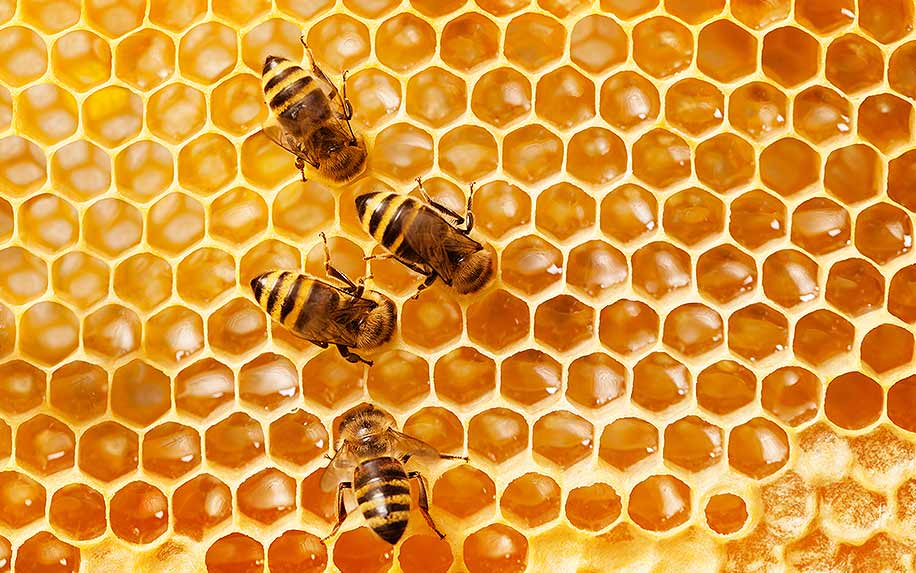 According to a new study from Colorado State University, industrial hemp — a crop used for a variety of products from textiles and paper to biofuels and bioplastics — could be the key to saving the world’s declining bee population.

The study, which was published in the journal ScienceDirect earlier this year, found that flowering hemp sustained a diverse abundance of bees between July and September, a particularly pollinator-friendly time of year. In fact, they found a total of 23 different types of bees flourishing in these Colorado-based hemp fields.

This data suggests that hemp could be a “potentially valuable source of pollen” for bee populations that have seen dramatic decline in the last decade. With climate change, the intensification of industrial agriculture, and an increase in use of bee-killing agro-chemicals, bee habitats and biodiversity have been greatly reduced. In fact, in 2018, a study from the University of Maryland showed 40 percent of the honey bee colonies in the U.S. had died.

Why Bees (and Hemp) Are Important for the Planet

Bees are an essential part of the earth’s ecosystem. Their extinction would impact the lives of practically every living thing on the planet, including humans. According to the BBC, “[Bees] pollinate 70 of the around 100 crop species that feed 90 percent of the world. Honey bees are responsible for $30 billion a year in crops.”

That’s what makes Colorado State University’s discovery about hemp so key. Though hemp doesn’t produce any nectar, its flowers — green wispy buds that contains less than 0.3 percent THC — are rich with pollen that the bees like. Having been recently legalized, hemp crops are expected to expand throughout the United States, which could potentially help to restore the habitat pollinators have lost. This has the potential to rebuild bee populations as well as populations of other endangered insects, and bring more biodiversity, which is the foundation to any healthy ecosystem.

In an effort to raise awareness about these findings and the plight of bees, companies all over the world have begun selling hemp products that support bee populations.

For instance, there’s now a burgeoning industry for hemp-derived honey in Colorado. Brands like Honey Bee Hemp, Bee Delightful , and Colorado Hemp Honey produce infused local honey products — like raw honey, hemp honey-infused coffee beans, and pet tinctures — using sustainable bee-keeping practices. Bees are also getting a helping hand from hemp-related companies elsewhere in the country: in California, for example, a brand called Happy Organics that makes CBD-infused honey extracts the raw material using techniques that prioritize the hives’ health over corporate profits (if a given hive has only produced enough honey to its own bees, the company’s workers leave it untouched). In Texas, another CBD honey company called Bee Delightful has taken things one step further by transporting its bees to non-contaminated areas so they can help pollinate the local plant life and make the area more hospitable to future bee populations.

Though there are some opponents of industrial hemp — primarily because of its relationship to its psychoactive relative, marijuana — hemp is not a psychoactive plant. Proponents are quick to remind people of that, and of the many benefits the plant offers. Now they have more research to back up one of hemp’s most impactful benefits — the opportunity it offers for bee populations to rebuild.